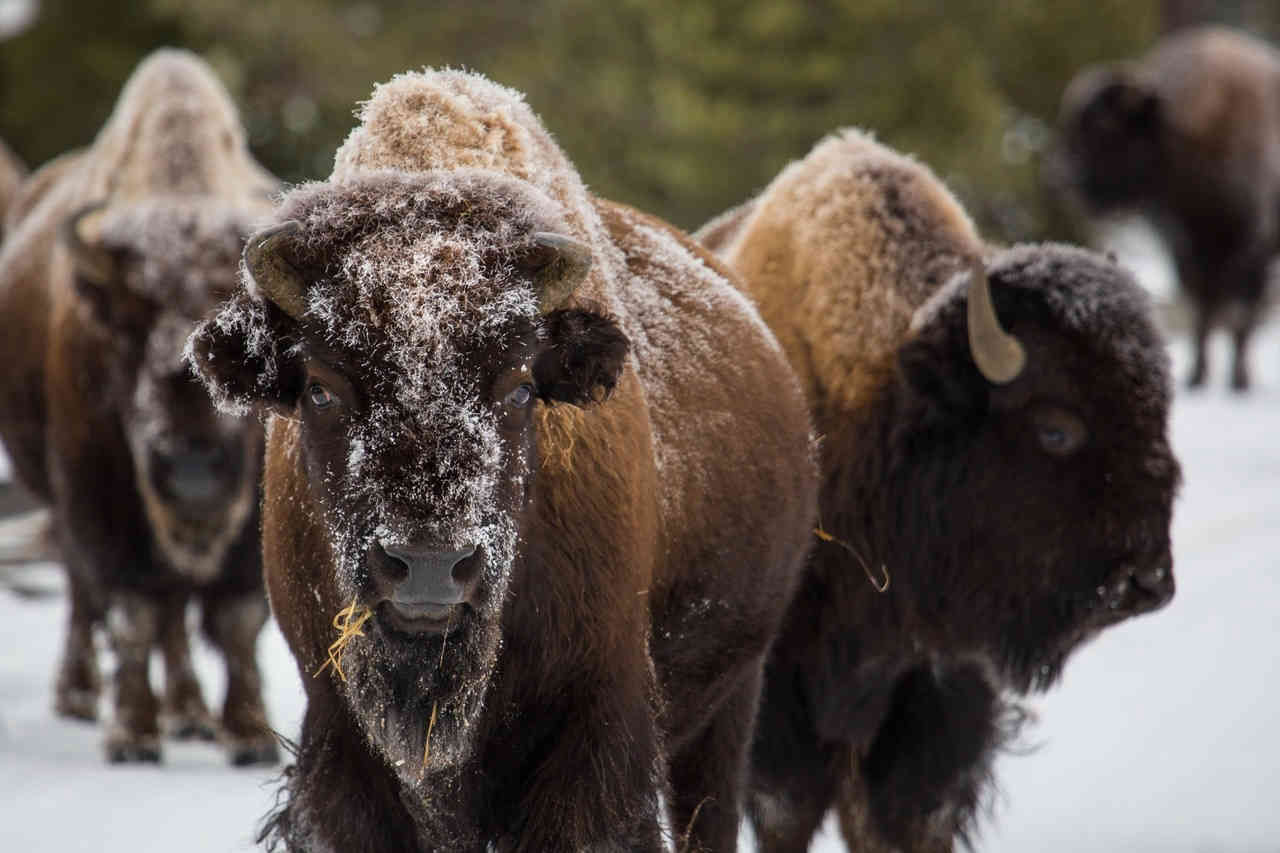 In America, the commercial industry for bison has been slow to develop despite individual like Ted Turner, who have long marketed bison meat. In the 1990's, Turner found limited success with restaurants for high quality cuts of meat which include bison steaks and tenderloin.

Lower quality cuts suitable for hamburger and hot dogs have been described as "almost non-existent". This created a marketing problem for commercial farming because the majority of usable meat, about 400 pounds for each bison, are suitable for these products.

In 2003, the United States Department of Agriculture purchased $10 million worth of frozen overstock to save the industry which would later recover through better use of marketing to consumers.

Restaurants have played a role in popularizing bison meat like Ted's Montana Grill and other restaurants which added bison to their menus, such as Ruby Tuesday, which first offered bison on their menus in 2005.

In Canada, commercial bison farming began in the mid 1980's, concerning an unknown number of animals at that time. The first census of the bison occurred in 1996, which recorded 45,235 bison on 745 farms and would grow to 195,728 bison on 1,898 farms for the 2006 census. Several pet food companies use bison as a red meat alternative in dog foods. The companies producing these formulas include Natural Balance Pet Foods, Freshpet, The Blue Buffalo Company, Solid Gold, Canidae, and Taste of the Wild.

Feedback
Please send us your ideas, bug reports, suggestions! Any feedback would be appreciated.